How Roel Schaart learned to surf on the waves of life 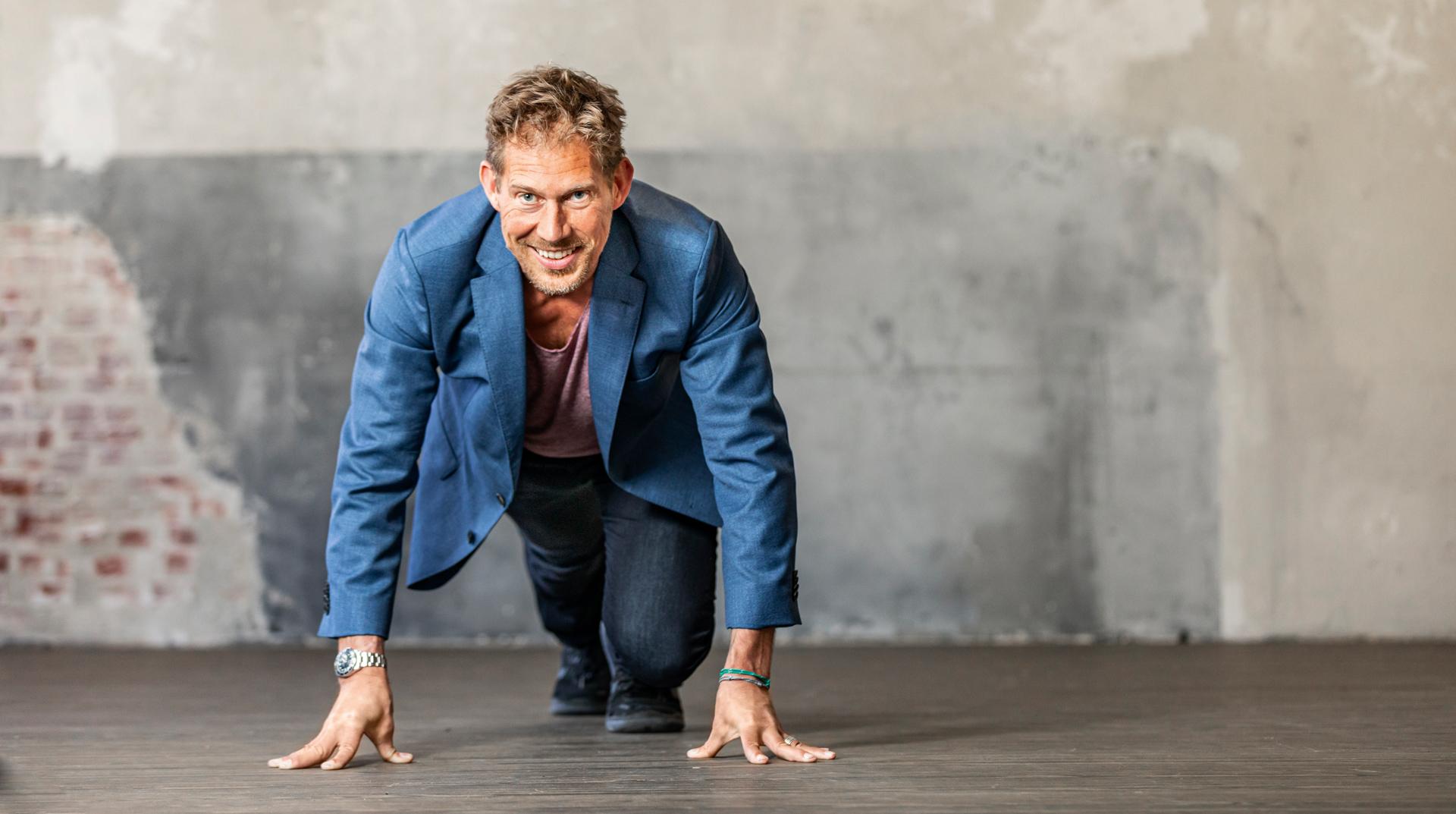 Roel Schaart is a successful coach and supports leaders with Evidence Based Coaching solutions to generate more impact. He was recently named number 31 in the world ranking of Advanced Certified Practitioners by the Assessments 24x7 Team and is a successful ICF Master Certified Coach. Along the way, however, he had to master a number of challenges ...

“It started already in school when, at 6’3”, I was quite a bit taller than the other kids but looked much younger with my baby face. I hated that and felt terrible about it. My negative attitude towards my height and my young appearance bothered me for a very long time and were a real challenge for me,” says Roel Schaart. He never really felt comfortable in his own skin and, on top of that, his parents separated when he was just 13, which did not exactly make things easier for him. “My mom remarried and I lived with her until the age of 17,” recalls the Dutch-born coach and goes on to explain: “I attended a boarding school in North Holland before attending university, and while others were learning with ease, I had to put more effort into achieving my goals – in addition, I was a real late bloomer,” he adds with a grin.

His university studies did not come easy for him, but his fighting spirit helped him to graduate successfully. “My strengths include my assertiveness and my persistence. Once I start something, I see it through to the end. Typical for a Capricorn, says my wife.”

This same assertiveness was again required in the last year of his studies. His stepfather, who had provided him with an apartment, gave him a choice: “Either you move out of my apartment or you buy it.” He decided to buy. As a student, however, he did not have the necessary capital, so he tried to obtain it from a bank. “A difficult undertaking. I remember contacting countless banks until one finally agreed to take on the risk with me.”

He started his first job after graduation at an IT company. Recognizing his potential, his supervisor promised him a better position with a higher salary if he were to attend additional training courses alongside his job. Once he had mastered the required qualifications, however, his supervisor reneged on the agreement. So, Roel Schaart decided to leave the company and to join a new firm. This decision turned out to be a real stroke of luck – this turned out to be where he met his future wife.

He considered his job quite ok, but it lacked long-term challenges – and then adventure called just at the right time in the form of a job advertisement that read “Looking for IT Manager in Greece.”

From sunny Greece to mother’s attic

Initially, Roel Schaart was concerned a lot. He wondered whether he was good enough for the position and would really be able to handle the task, but his wife offered him the necessary push and he interviewed for the job. It was just one month later that he enjoyed his first whiff of Greek air in Athens. “I was incredibly scared before taking this big step. We sold our house and stored all our belongings in a container. For the first three months, I was on my own in Athens because my wife had to observe her notice period at her job.” Once in Greece, everything came along nicely and smoothly at first – all the plans were laid out for a future in the sunny south. A baby was on the way, and Roel and his wife were getting close to buying an apartment near the beach in the vicinity of Nea Makri. Then the shock – the project went bankrupt. Frustration was spreading. He had no money, no job, no house, his belongings were stowed in a container, his investments were frozen due to the poor economic situation. The only thing that was left at this point: He moved back into his mother’s attic, where he occupied a room just like his old “childhood bedroom” while his wife and newborn daughter moved in with her mother in Germany. It was probably the hardest time of his life, as he describes it: “I simply had nothing, didn’t know how to get on with my life, how to feed my family – it was an incredibly difficult time.”

It can only get better, right?

He did not despair of his situation, however, and continued to fight as is his nature. One of his friends, a CEO, then offered him a position as IT Manager in his company in Rotterdam. Consequently, the small family moved back to the Netherlands to build a new life for themselves. After four years, he was offered a new position near Heidelberg. Once again, the young family packed their belongings, sold their home, and moved to Southern Germany.

“I was good in my position, my boss was great, and we had a close relationship. He was the CIO and I was his deputy. Every day I went to work with joy, and it was a really fun time.” But after two years, the tide turned again in 2006. His then-supervisor was fired due to the reorganization of the company, and a new CIO was appointed. All of this had already been planned a year prior, without their knowledge. As a result, Roel Schaart ended up being dismissed as well. Once again, he was faced with nothing. All of a sudden, he was unemployed. “I was incredibly anxious, and I thought, darn it, if I’m unemployed, my chances as a Dutchman getting a job in Germany are non-existent.” He fought harder than ever, getting up early every day, combing through all the newspapers and portals, tirelessly applying for jobs. After three months, redemption came in the form of a great job with General Electric in Hanover. He rented a small apartment there and, on the weekends, commuted between Hanover and Heidelberg. “Every Sunday afternoon, I had to say goodbye to my family all over again. My little daughter, of course, didn’t understand why daddy was leaving.” This was not a long-term solution either. Then his mother-in-law fell ill at that time, which is why his wife wanted to move closer to her in Northern Germany. His job was relatively secure, and so the small family packed their suitcases yet again to move to Bremen – at the beginning, back to his parents-in-law’s attic, later into a home of their own. During the week, Roel Schaart stayed in Hanover and went to see his family in Bremen on the weekends. The distance was not too far, he had a great team, and he was very happy until another company takeover came up and he was faced with the choice of moving to Mönchengladbach. “What a bummer, I was so happy there, I was good at what I was doing, and I had built a great team. But it just didn’t work out anymore.”

From IT to a true calling

Should it go on like this for the rest of his life? Family life only on weekends, a new employer every few years, finding another new place to live? Additionally, Roel Schaart was not as enthusiastic about IT anymore as he used to be. Instead, a new flame began to glow – that of coaching. In the course of his employments, he had already attended a number of relevant training courses and obtained certification as a coach. "Together with leaders of other departments we were trained as internal coaches for a major transition process at General Electric which also changed something in me."

For Roel Schaart, another milestone on the way to becoming a coach was his encounter with with a world leading business strategist based in the USA. During his time at General Electric, he started working with him as an external coach on a part-time basis and enthusiastically recalls the time: “That was really an incredible step. Usually there are six hundred, seven hundred, or even eight hundred people who apply and only twenty to thirty people a year become his coaches. And I was one of them, that was amazing.” Roel Schaart decided to work full-time as a coach and took the plunge into self-employment. Even though the first steps were not as lucrative as in his previous positions and there were some stumbling blocks on the way, he didn’t drown in the waves of life but surfed on them confidently.

Better than ever before

Unlike in the past, Roel Schaart is now actively looking for challenges that he can overcome. He started in extreme sports, ran marathons and Spartan Races, trained with the Navy Seals. He keeps himself healthy and fit. He uses his once negative perception of himself in a new positive way, better than ever before. “Now I have even come to appreciate it when people think I am 10 years younger. I am also taking full advantage of my height to be more effective on stage.” But his greatest reward comes when he is able to inspire and move people, give them food for thought, make their lives better, healthier, and more successful. His work is affirmed in the form of comments like that from one of his clients, who actually wanted to stop coaching again, “I have given a lot of thought again about what you said and reflected upon myself. And I have to tell you, you really made a difference in my life.”

When Roel Schaart thinks about the future now, he is looking forward to what awaits him. His personal trainer invited him to take up fitness modeling. He wants to write and publish his own book and complete more Spartan Races. He is intent on expanding and using his experience from more than 6,000 hours of coaching and the knowledge he has accumulated over the years to help many more leaders gain more impact. 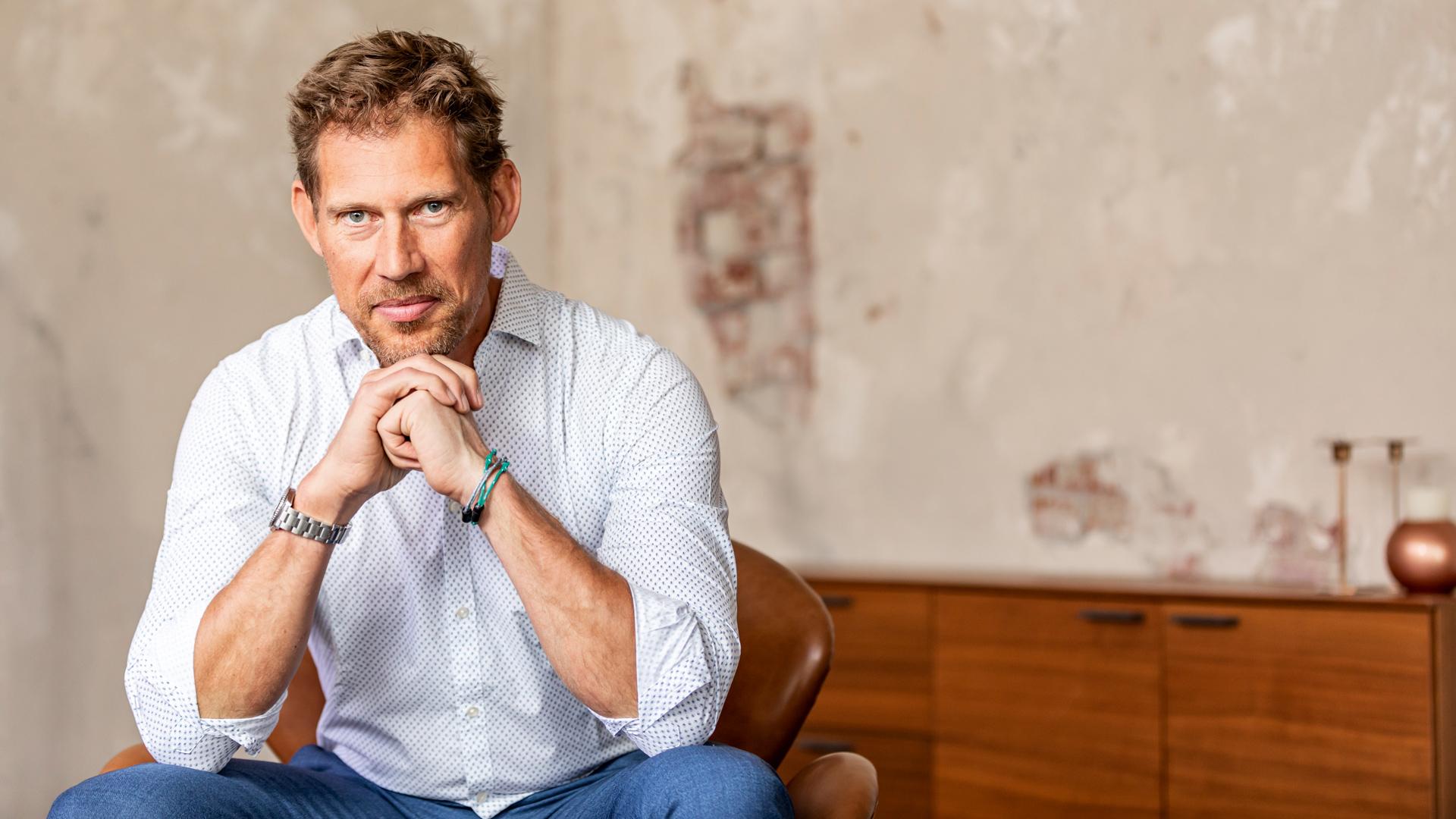 Coach and with more than 20 years of international leadership experience, Roel Schaart supports managers, executives, and leaders in particular in obtaining more impact, in advancing their professional development, and in realizing their personal goals.

Roel Schaart supports leaders and teams in individual or group coaching sessions. He also develops workshops tailored to the needs of his clients ranging from team development to conflict management and consulting. His goal is to support leaders with relevant content that will really move them forward.